I was represented a man whose mother had died leaving her house and some bank accounts in a trust. Unfortunately, the trust was managed by his two sisters and they were not communicating with him about what was going on. Also, they were not providing a trust accounting as required by law.

I started out by making a 60 day demand for the accounting and threatened to file a trust petition to compel the accounting and to have them removed as trustees. I was able to subpoena the bank statements and checkbooks for the trust to determine what actually was there and to be able to verify what their trust accounting said there was. This was a very modest estate containing a small house built in the 1950’s and less than $100,000 in some bank accounts. The sisters who were the trustees got involved in a massive remodel of the house to try and get in better shape to sell and we had questions about whether they knew what they were doing in the remodel and whether they were overspending. 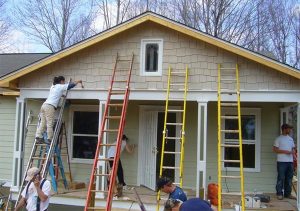 After a lot of lawyer correspondence back and forth, they decided to pay my client 1/3rd share of the trust and avoid litigation. However, in their determination of his 1/3rd interest, they subtracted trustees fees of $40,000 which they claim they earned in working on the trust. This is a typical trust that provided for “reasonable” trustees fees. There were no limits stated in the trust on the amount to be paid out and no formula as to how to determine what was reasonable. The $40,000 was outrageous given the size of the estate and so we rejected the settlement and threatened again to go to court.

Fortunately they came back with a proposal to pay themselves $14,000 instead of the $40,000 so that was okay with my client and the matter was settled. The point of this case is to watch out for unreasonable payments of trustees fees. The law does allow trustees to be paid reasonable trustees fees and the law does not have any formula as to how to calculate that. I point that out to my estate planning clients and frequently we put in limits on trustees fees and formulas as to how to calculate them to avoid future disputes.