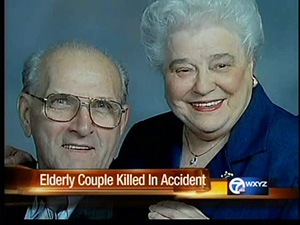 It happens all the time – A married couple is in a serious auto accident. The man has children from a previous marriage and the woman doesn’t have any children. The man dies instantaneously and the woman dies four days later. Neither one has a will.  They own money and assets together which are community property (their “estate”). Who will inherit their estate?

Under probate and inheritance laws the person who is called the “survivor” is one who lives the longest.  Thus, in the case of the example above,  if the husband dies first then the wife is known as the “survivor” or the “surviving spouse”.  The inheritance laws are set up on the general concept that the survivor will inherit the money and property of the one who dies first, especially if there is no will.

California law has special provisions for simultaneous death situations and establishes rules to resolve confusion. The first rule is to determine if there is “clear and convincing evidence” as to who survived whom. The second rule is to determine if there are people who have a right to inherit either as a result of being named in a will (testate heirs) or if there is no will because of being a surviving relative by blood or marriage (intestate heirs). If there are testate or intestate heirs then the law establishes an artificial rule which requires the survivor to live for at least 120 hours after the death of the other person involved. 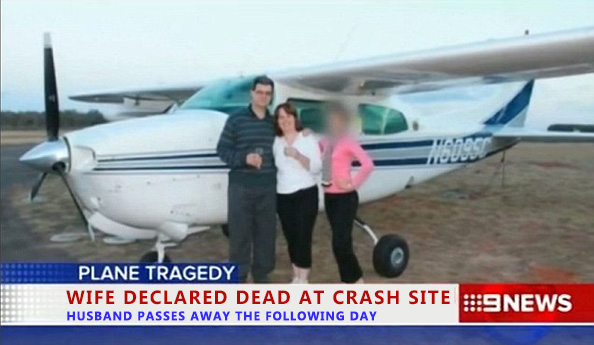 IF THE SURVIVOR DOES NOT LIVE FOR AT LEAST 120 HOURS BEYOND the death of the other person involved, and if we are dealing with testate heirs or intestate heirs, then the law says that neither person is a legal survivor and in effect there is a legal simultaneous death. Thus, in the example above, since the woman only survived for four days (96 hours) after the accident the situation is considered to be a simultaneous death. In a simultaneous death situations involving two persons who would otherwise inherit from the other, the law requires the estate to be divided equally and paid to each one’s next in line heirs.  The “next in line heirs” are determined from a person’s will if it is a testate situation. If it is an intestate succession, meaning there is no will, then the laws of intestate succession or applied. In this situation which involves intestate succession  the man’s half of the estate is paid to his heirs (his children).   The woman’s half of the estate is paid to her heirs which would be her parents and/or her brothers and sisters because she did not survive at least 120 hours.

IF THE SURVIVOR DOES ACTUALLY LIVE FOR AT LEAST 120 HOURS following the death of the other the situation is different. Thus, if the woman in the above example survived for at least 120 hours, then she becomes the legal survivor and would inherit her husband’s one half of the estate since there was no will. Thus, her husband’s children would receive nothing because was no will which had other instructions. This is assuming that there is clear and convincing evidence that she survived for at least 120 hours. Sometimes there are court cases which have to be brought to prove the survival of 120 hours if the situation is unclear. An example of that would be a plane crash in a remote area where the crash site was not even discovered until 120 hours after the crash.

IF THE PERSONS IN THE SIMULTANEOUS ACCIDENT HAVE WILLS, then the heirs would be determined according to what there wills say. Suppose in the above example, that the husband had a will which leaves his estate to his wife if she survives and if she does not do his children.  If his wife did not survive 120 hours beyond his death then the “next in line heirs would be his children” who would inherit his half of the estate.

YOU CAN ESTABLISH YOUR OWN SURVIVORSHIP RULES IN YOUR OWN WILL

For example, if the husband in the situation above had a will which stated that he left is estate to his wife but that she had to survive at least six months, then the 120 hour rule would not apply. She would have had to survive six months beyond his death for her to receive his estate and cut out his children. You can put any survival condition or time limit in a will or legal document and that would override the 120 hour rule.

If we are not dealing with a situation where there is a will or persons who are claiming by intestate succession then the 120 hour rule does not apply.  An example would be where two people own real estate together as joint tenants. Under joint tenancy law, the survivor becomes the 100% owner of the property upon the death of the other. However, in this type of situation, there must be clear and convincing evidence that one survived over the other. If there is not clear and convincing evidence then the property would be divided 50% to each joint tenants’ heirs.

Another example is where a person (Joe) has made a will leaving property to another unrelated person (Sam) conditioned upon Sam surviving.  Joe and Sam are then killed in a common accident.  If there is no clear and convincing evidence as to who died first, then the provision leaving the property to Sam is disregarded and the next in line beneficiaries under the will receive the estate.  If Sam’s heirs though they could prove with clear and convincing evidence that Joe died first they could file a court petition to have that determination made.

POSSIBILITY OF A PROBATE COURT PETITION

A LIVING TRUST AVOIDS MOST OF THIS

If a person establishes a living trust and transfers his or her money or property into that trust then the trust document controls who inherits on death. A trust can have any length of survivorship provisions written into it such as requiring 30, 60, or 90 days or longer. A carefully drafted trust can also define what happens in the case of simultaneous death.  Estate planning including a living trust prevents a lot of grief and problems that can occur in a simultaneous death situation.

We are located near the Orange County California John Wayne Airport. My office is catty-corner from Fletcher-Jones Motorcars; —right behind the rear entrance of Newport Lexus on Dove Street. Here is a picture of my office building and a
Google Map to get your bearings.