END_OF_DOCUMENT_TOKEN_TO_BE_REPLACED

People generally do a living trust and will to avoid probate proceedings and to have more flexibility about who will inherit their estate and when it will be inherited.  However, on occasion people wait too long to do their estate planning and get sick or incapacitated and then it is too late. This is where consideration of “Lack of Mental Capacity” enter the discussion.The alternative to not having an estate plan is that the person’s money and property has to go through expensive and lengthy probate proceedings and the person has no choice about how to divide up his or her estate. The mandatory attorneys fees in probate on a $1,500,000 estate are $28,000.  If probate can be avoided the fees to administer an estate are typically 1/3rd or less of what probate attorneys fees would be.  The law allows a person to divide up his or her  estate in any percentage that he or she feels like and there is no requirement that once estate be left to family members or relatives. However, without an estate plan, the surviving spouse and children and perhaps other relatives will be the ultimate recipients of the estate and the maker of the will or trust will have nothing to say about it.

END_OF_DOCUMENT_TOKEN_TO_BE_REPLACED

Who Will Take Care of My Children and Their Inheritance if the Worst Happens?

Types of Guardianships For Children 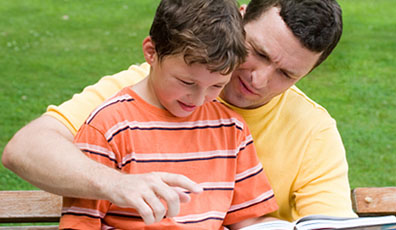 END_OF_DOCUMENT_TOKEN_TO_BE_REPLACED

Can I give everything to the “love of my life” and keep it secret?

NO DISCLOSURE TO OMITTED HEIRS?

Up until 1997 a person could legally change his or her estate plan and the people previously benefited did not have any legal way to find out what the situation was. Before the law was changed to require disclosure as it is now, the state legislature committee reviewing the proposed legislation was presented with a case of a 90-year-old man who met the “love of his life” on a bar stool and married her three months later.

END_OF_DOCUMENT_TOKEN_TO_BE_REPLACED

Retired couples typically have choices about how to pass on the family home. Might they make a mistake and give away the house too soon? They could sell the home and put the cash in the bank and rent. Another way people sometimes handle this is to draw up and record a deed transferring a home now to their children. The logic is that the children are going to get the house anyway so why not just given to them now. The third choice is to continue ownership of the house until both husband and wife have passed away and transfer the house to the children through their will or better yet through their living trust.

END_OF_DOCUMENT_TOKEN_TO_BE_REPLACED 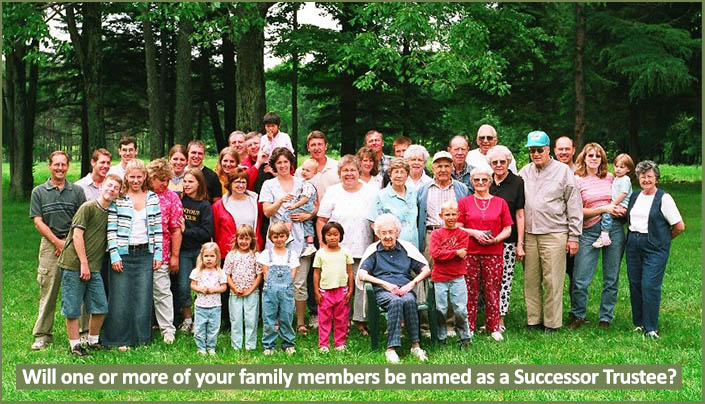 TRUST CONTINUES AFTER DEATH OF CREATORS

A trust that is typically established to plan for distribution of family assets to the next generation has provisions for successor trustees. Initially, the trust creators, who are known in trust law as “Trustors”, also serve as the trustees of the trust. The trustees are the ones who are legally charged with administering the assets of the trust, signing on checks and bank statements, and dealing with the trust assets as any owner would. Trusts which are typically established are also known as “living trusts” and are revocable and changeable while the Trustors are alive and competent.