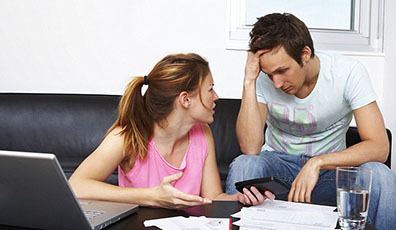 These pPre-death transfers and other similar types of situations have the potential for endless litigation to try to determine what was intended at the time the money was transferred. The state legislature solved this by establishing the following rules.  A decedent’s gifts to an heir during his life will be deemed an advancement against  his or her share of the estate only if one of the following conditions is satisfied:

GIFTS VERSUS ADVANCEMENTS SHOULD BE DEFINED IN ESTATE PLANNING DOCUMENTS

In many family situations money is passed from parents to children with no documentation and with only verbal understandings. The possibilities are that the money advanced is a loan to be paid back or that it is a gift which is never to be paid back or that it is an advancement of the recipient’s share of the inheritance. Under the rules quoted above if it was intended as a gift and there is no writing to require that it be repaid out of inheritance, then it is not accounted for as part of the estate. If the money was verbally agreed to between the deceased person and his child as a loan, then the estate may have a claim for repayment of the loan back against the person who received the money. However, with the deceased person being gone, there is no practical way to prove that the money was a loan to be repaid. Another question is that if it is a loan should it bear interest?

Where there are unequal transfers of money different children, resentments, confusion and even litigation can arise. My solution in doing estate planning documents is to have the parents set up ground rules to be written into the living trust. Typical rules would state that any money given is considered to be a gift which is not to be repaid and which is not to be considered an advancement against the recipient’s share of the trust estate upon the parents demise.  Also, the money won’t be considered a loan unless there is a written promissory note agreeing to repay the loan.  An additional rule would state however that any gifts over and above the $14,000 per year gift tax exemption from reporting would need to be documented as gifts by actually filing a gift tax return. Gift tax returns are due April 15 of each year for gifts in the previous year and are reported on form 709. The only thing to be reported on the gift tax return is gifts in excess of $14,000 per donee. These types of rules set up a framework for a family to monitor the gifting and serve to remind them that significant gifts need to have gift tax returns filed which is the legal requirement anyway.