Making Sense of Will Terminology 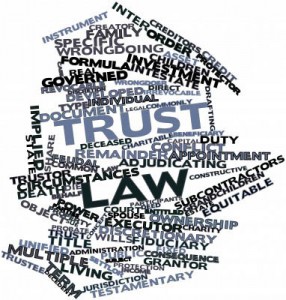 Will – Definition: A Will is a written document which states to whom a person’s belongings, money and property are to be given upon death. A Will is typically effective upon a person’s death. A valid will may either be typed or handwritten (holographic).

Executor. The person or institution that takes care of the money and property of deceased Testator is known as the Executor. The Executor is bound by law to follow the directions contained in the Will.

Guardians of the Estate and Person

Guardians of the Estate and Person. Where a Testator has minor children, the Will can specify who is to care for his minor children. The person who has the physical custody and care of the children is the Guardian of the Person. Either the same or a different person can be designated to handle the money and assets that the children are inheriting from the Testator and is known as the Guardian of the Estate. Since Guardianships only last until the children reach age 18, Testators often choose to establish some kind of trust to safeguard the money and assets after age 18.

Decedent’s Estate. The decedent’s estate is all of the money, property, assets and belongings that the Testator still owns at his death. The Will thus controls the disposition of the Decedent’s Estate that exists at the date of death.

Testamentary Trust as part of Will

Testamentary Trust as part of Will. The law of Wills allows the Testator to establish a trust for some of all of his assets as part of the Will. This would be typically done to have some or all of the Decedent’s Estate held and managed for Heirs who are under age 18 and also to be able to have them held and managed for the years after age 18. Testamentary trusts have to be managed under Probate Court supervision with filings and reports to be made to the Court periodically.