There was a family with four children and a father who had a large specialty construction company. The father had established a living trust and transferred all of his assets including the construction company into the trust before he died. After he died, I was retained by one of the children who lived out of the area and was not getting any information about the trust. The father had named two of his children as the successor trustees to the trust to serve after his death because they were running the construction company. The father apparently thought that since they were running the company they would be more knowledgeable and able to fairly sort things out and get the company and other assets distributed out of the trust to ALL of the children. 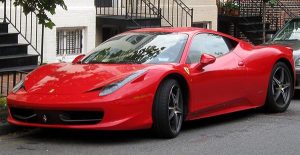 It turned out that the children running the company were more knowledgeable but they had other ideas. One of them liked Ferraris and soon after the dad’s death had the construction company buy a new Ferrari for him.

The two adult children running the company also increased their salaries even though the company was losing money and the salaries were way out of line for what they were actually doing. They were selfishly squandering the assets for ALL FOUR beneficiaries that are to be protected by anyone who is a appointed as a “Trustee.”

We started out by demanding a full accounting of the trust and in addition asking for specific information about trust assets and liabilities. We did get a pretty decent accounting of the trust and then got financial statements of the construction company which I was able to interpret since as a CPA I had done construction company accounting. It became obvious to me that they were using a large credit line established before the dad’s death to keep things going but they probably would eventually run out of money. The company also borrowed money from the trust and was not paying interest to the trust. 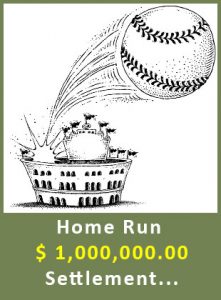 We could have filed a massive petition for removal of the trustees and we threatened to do that. However, the two children who were running the trust actually had pretty decent legal counsel who advised them that they had better settle while they could. The trust did have some cash reserves and even before an overall settlement I convinced them to send $200,000 to my client as an advance on her trust share. Another part of the trust was that the children running a company were supposed to eventually buy my client’s share of the company after several years.

I kept asking a lot of questions and raising enough issues about how the company was being run that they became very uncomfortable. They opted to do an early buyout of my client’s share so she was quite happy to get a check for $800,000 and be done with the entire situation without having to go through the time and expense of trust litigation.