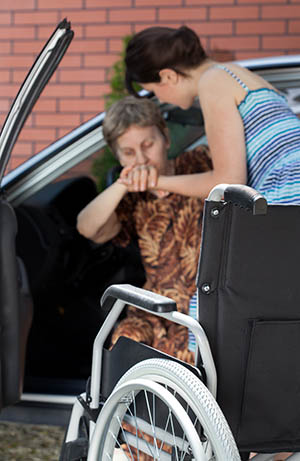 Wills benefiting the attorney or caregiver are suspect

Abuses in formation of wills and trusts

In California over the last few decades there have been some situations whereby attorneys or caregivers have had wills or trusts prepared that benefit them. There was a famous case of a 95-year-old lady whose will left the bulk of her fortune to the people taking care of her. It turns out that the people taking care of her, known as “care custodians” had the will prepared under suspicious circumstances such that the 95-year-old lady probably didn’t know what she was signing. This and other similar situations led to recent legislation to correct abuses.

The law has always been that if it is proven that a will or trust was entered into under fraudulent circumstances or under undue influence that it could be set aside.  An example of a fraudulent will or trust is one where the signature of the will maker or trust maker is a forgery or that the signature was obtained by making false representations to the signer as to what the document was. An example of undue influence would be where the person making a will or the trust was in effect held prisoner by the people who prepared the will or trust and was forced to sign. Before the new law to prevent these abuses, a will or trust could still be set aside in a court proceeding but first the people seeking to set aside the document would have to prove by a preponderance of the evidence that there was fraud or undue influence.

Now, under the new law effective for wills and trusts that became irrevocable on or after January 1, 2011, the legal rules for proving fraud or undue influence have been changed where the will or trust makes a “donative transfer”  i.e. a gift to either : (1) the person who prepared the instrument (typically the attorney), or (2) to a person in a fiduciary relationship with the maker of the will or trust who caused it to be prepared, or (3) to a care custodian who provided care within 90 days before or after the will or trust was signed. Also, any cohabitant, spouse, or employee of any of these three categories of people. Where these types of gifts are involved, the law states that the will or trust is presumed to be the product of fraud or undue influence. This is extremely important in litigation because it shifts the burden of proof and requires the people seeking to benefit from the will or trust to prove that there was no fraud or undue influence. Also, as far as the first category is concerned, any transfer to the person who drafted the instrument or who is related to or associated with the drafter is conclusively presumed fraudulent (i.e cannot be disproven) and can be set aside.

Sometimes there are situations where a person making a will or trust actually desires to make a gift to their attorney or fiduciary or care provider.  In that situation, the law allows these types of gifts but only if a certificate of independent review is prepared by an independent attorney who is not the attorney who prepared the trust or will making the gift. The independent attorney then fills out a certificate in the manner prescribed by the law and delivers it to the will or trust maker and the attorney who drafted the document in question. The point of this is to prove that the person making the will or trust actually knew what he or she was doing and desired to make the gift.

Law does not apply to transfer to certain family members 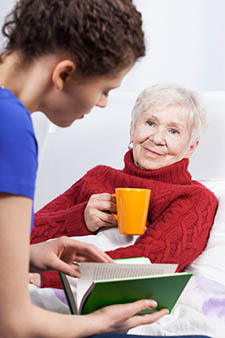 Where there is a donative transfer in a will or trust to a person who is related by blood or affinity within the fourth degree or to a cohabitant then the presumption of fraud or undue influence does not apply.  Also, the presumption is not applied to instruments executed outside of California by a will maker or trust maker who is not a resident of California when the will or trust was signed.  It is not unusual for people making wills or trusts to leave gifts to relatives who might be taking care of them in their last days.  An example would be where somebody with not much longer to live signed a will leaving a large sum of money to their first cousin who is at their bedside taking care of them. The law does not require related people in such circumstances to obtain a certificate of independent review to remove the presumption of fraud or undue influence.

Note – that there can still be fraud or undue influence exercised by relatives and if proven can be cause to set aside a will or trust or the gift to the offending person.  It’s just that transfers to these types of people are not automatically considered fraudulent or done under undue influence.

Legal time limits to establish invalidity of a transfer

As soon as the facts become apparent that a will or trust was obtained under fraud or undue influence people are advised to act quickly and file the necessary petitions with the court.  Waiting until the last minute to file is not a good idea because evidence can be lost or destroyed and recollections as to what happened can fade the longer you wait.  Basically, if the transfer was by a will, a petition to set aside the will must be commenced after executor or administrator letters are first issued and before a final order of distribution of the probate estate is made.   If the transfer is made by something other than a will, the general rule is that legal action must be commenced within the later of three years after the transfer becomes a revocable or three years from the date the person bringing the action discovers or reasonably should have discovered the facts regarding the transfer. However, waiting three years is dangerous and in some instances if a trust is involved in the contest must be brought not more than 120 days after notification by the trustee that the trust has become a revocable or 60 days from the date on which a copy of the trust is delivered to the beneficiary whichever is later. These rules as to time deadlines can be confusing and the law is not totally consistent. Therefore, the sooner something is filed the better so that a good case is not eliminated simply because it was filed too late.

Protections against fraud or undue influence

Persons should not wait to make their wills or trusts until they are ill and failing. Those are the types of situations which most often involve fraud or undue influence.  People are well advised to have their estate plan in place during the years when they are active and still employed. Wills and trusts can always be amended so it is better to have a plan in place which can always be amended later rather than having no plan at all. An additional protection against fraud or undue influence is to provide copies of your wills or trusts to beneficiaries and independent third parties. That tends to cut down on fraudulent documents being created and lets everybody know where they stand early on. Also, using an attorney to prepare these documents typically provides additional protection because the attorney will retain in his or her files signed copies or in some instances originals of the documents. Also, if an attorney is involved, the attorney
and his staff who are witnesses to the wills or trust documents would be able to provide a court testimony later on that the persons signing the wills and trusts were mentally competent and knew what they were doing.

Videotaping the signing of wills and trusts is one possible safeguard 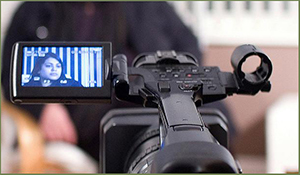 Additional protection can be achieved by videotaping the signing of wills and trusts and as part of that procedure have the persons making the wills or trusts explain what they are doing and why they are doing. Videotaping pretty much eliminates all claims of fraud or undue influence. Some people are resistant to spending hundreds of dollars on videotaping but others think it is money well spent, considering that litigation over trusts and wills typically involves tens of thousands of dollars and more in legal costs.