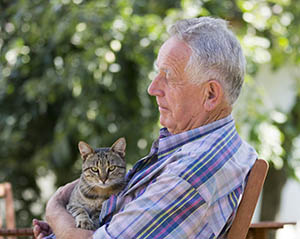 The term “irrevocable trust” is commonly used by estate lawyers and financial planners to describe a trust which is permanent and cannot be changed or revoked.

An example would be where you establish a trust and put $100,000 into it for the benefit of your children and the $100,000 stays there no matter what happens to you.  The actual documentation establishing the trust has to be read before you can say for sure if the trust is permanent or irrevocable.

THE IRS DOES RECOGNIZE IRREVOCABLE TRUSTS FOR TAX PURPOSES

The Internal Revenue Code, which is the place where all of the federal tax laws are located in the federal legal system, has provisions for the taxation of permanent/irrevocable trusts.  A permanent/irrevocable trust is a separate taxable entity and would need to obtain a federal tax ID# upon formation.   Tax returns to be filed are form 1041 fiduciary income tax return and California fiduciary income tax return form 541. These tax returns are due on April 15.

EXAMPLE OF A PERMANENT IRREVOCABLE TRUST

For example – Joe Smith establishes a permanent trust with Ron Jones as the trustee and requests the bank to transfer an account into the trust. The title on the account will read “Ron Jones, trustee of the Joe Smith trust dated 10-1-14”.  That account title will appear on checks and bank statements. The bank will ask for a tax ID number and since the trust is a irrevocable a new tax ID number will be obtained. At the year-end, the bank will issue form 1099s for the interest income on the account which will have the trust’s tax ID# on it.   Ron Jones will then report the income as shown on that form 1099 on the trust income tax returns.

WHO PAYS THE TAXES ON TRUST INCOME?

If the trust income is distributed

If the trust income is distributed – in the current year, then the trust does not pay any taxes on that income but rather the persons receiving income report the income on their personal tax returns. The persons receiving income are known as trust beneficiaries. The trust beneficiaries are identified in the trust income tax returns and the amount of income paid out to them is stated as well.  For each beneficiary, there is a form K-1 stating that beneficiary’s share of the trust income, deductions and credits.  Each beneficiary then takes the form K-1 to his or her tax return preparer and the amounts on the form K-1 are reported on the beneficiaries personal income tax returns.  Under a special rule in the tax law, the trustee can decide in the first 65 days following the end of the tax year to treat distributions as having been made in the prior year.

For trust income which is not distributed

For trust income which is not distributed – the trust itself will have to pay federal and state income taxes at the trust tax rates which are graduated and much higher than individual income tax rates. The federal tax rates start at 15% on income from $2450-$5700.  The rates go up to 39.6% on any income over $11,950. Contrast individual rates which have a top bracket of 39.6% on income over $400,000.  Thus as a general rule it is better to have the trust income distributed to beneficiaries. However, this is not always possible, depending upon the instructions established in the declaration of trust. In preparing a trust, the estate attorney should look ahead and give the client some idea of what the cost of taxes will be for income which is held and not distributed.

Under the tax laws, estates of deceased persons and irrevocable trusts are treated the same.  Thus, when a person dies, with or without a trust, a tax ID number is obtained and fiduciary tax returns including IRS form 1041 and State of California form 541 which are filed to report income received after the person has died and before it is distributed out. Without a trust, estate distribution typically takes at least a year so usually one or two fiduciary tax returns need to be filed. With a living trust, the estate distribution can be much faster but these returns will still be needed. That is because a living trust becomes permanent as to the portion belonging to the person who died.