What To Do When Someone Lacks Mental or Physical Capacity?

WHAT IS A CONSERVATORSHIP?

A conservatorship is a court proceeding to protect a person and/or his or her property. Conservatorships are regulated by the California probate code and operate under the supervision of the probate court system. 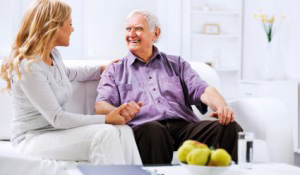 The person protected is known as the “conservatee”. In a conservatorship of the person, a court-appointed fiduciary, known as the Conservator, manages the personal care of a person who cannot properly provide for his or her personal needs for physical health, medical care, food, clothing, or shelter. The conservator decides where the conservatee lives and may be required to decide whether the conservatee should live at home or in an institution. It is up to the Conservatory to determine what living arrangements are available and necessary to meet the individual’s needs.

In a conservatorship of the estate, a court appointed conservator manages the financial affairs of a person who is substantially unable to manage his or her own personal resources, or to resist fraud or undue influence. The Conservator is responsible to conserve, manage, and use the conservatee’s property for the benefit of both the conservatee and those whom he or she is obligated to support.

November 2013 – Los Angeles (CNN) — “A request by Casey Kasem’s children that a temporary conservator be appointed for their ailing father was denied by a judge on Tuesday.

Kasem’s daughter Julie Kasem and her husband filed a conservatorship petition in a Los Angeles court last month, claiming the retired radio host “has been isolated from his daughters, friends and other family” by his wife.

WHO IS IT FOR?

EFFECT OF A CONSERVATORSHIP

ALTERNATIVES TO A CONSERVATORSHIP

Also, where the proposed conservatee has previously established an advance health care directive, (AHCD) also known as a power of attorney for healthcare, there may not need to be a conservator of the person.  The AHCD is a legal device specifically intended to function when the principle is incapacitated and cannot make his or her own health care decisions.

SUBJECT TO FRAUD OR UNDUE INFLUENCE

Often, the need for a conservatorship is discovered long after the proposed conservatee has begun to have financial problems or personal proble
ms. Those can be time-consuming to rectify and close relatives may not have the skill needed. There are persons who are professional conservators licensed by the state who in some instances might be better suited than close relatives. Another consideration is that the court will require any proposed Conservator to post a bond in the amount of the conservatee’s liquid assets . Unless the proposed conservator has assets and good credit, he or she may not be able to post the bond needed. For conservatorship of the estate, an institutional trust company or bank is sometimes the best choice if there are high-value assets involved. Another consideration is whether the proposed conservatee has signed a written nomination of conservator expressing his or her choices in this matter. Ultimately it will be up to the court to decide who is best suited for the job.