The BASIC PURPOSE of a Trust in Estate Planning 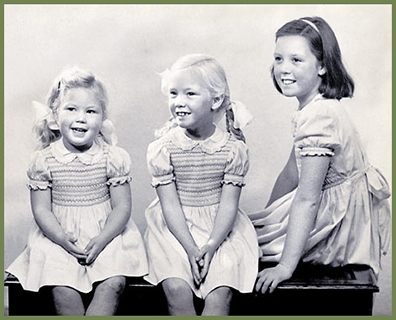 Definition of “Children” is Often Overlooked in Estate Planning

Often the trust document oversimplifies the definition of “children” or “grandchildren”.  As an example, a trust could state “upon the death of the Trustors the trust assets will pass to the Trustors’ children”. A properly prepared trust does take into account the various types of children which occur. As part of drafting your trust, the attorney needs to find out who you want to include within the definition of children.

Do you want to include adopted children?

The flipside of this situation is that legally adopted children are cut off from inheritance rights of their birth parents.  For the birth parents to include children which they have lost to the adoption they must specifically name those children in their will and/or trust.

Do you want to include after-born children?

A properly drafted trust will specifically state whether the trust is to benefit only existing children or if children born or adopted after the date of the trust are to be included.  The trust document can provide that the Trustors give different percentages or different assets to different children.  However, this can get tricky or confusing if the trust is not clear about children born or adopted after the date of the trust. Unmentioned children have rights under something known as the pretermitted heir statute to receive a share of the estate that they would get if there was no will or trust. This type of statute applies in the situation where a child is simply not mentioned in the will or the trust. The presumption is that the child has been forgotten by the Trustors and the law then stepped into give the child a share.

Do you want to include children born out of wedlock?

Valuable trust and estate assets can be wasted in court proceedings if out of wedlock children are not fully defined in the trust document.  For example, suppose one of the Trustors had a child out of wedlock and then that Trustor dies.  The trust does not specifically name that child but the child finds out about the death and makes a claim. There are 3 possibilities:

What about step-children or foster children?

Stepchildren and foster children can in some circumstances have inheritance rights even if they are not mentioned in any trust or will. Of course the best way to handle this situation is for the trust document to mention stepchildren or foster children and state whether or not they are going to inherit and if so what they’re going to receive. Otherwise, the situation is open to interpretation by the court system through court proceedings which can last for years and cost thousands of dollars.  There can be different circumstances in which this arises. Thus, for example, if it is established that there was a parent-child relationship which began during the child’s minority and continued through the parties’ joint lifetimes, inheritance rights may arise. However, it would also need to be established by clear and convincing evidence that the foster parent or stepparent would have actually adopted the child but for a legal barrier. One type of legal barrier would be the refusal of one or both of the birth parents to adopt.  There is also the concept of “equitable adoption” which in some instances will allow a foster child or step child to inherit but typically that is reserved to people who have filled the place of a natural born child but through inadvertence or fault have not been legally adopted despite an intent to adopt.  An example would be where the Trustors intended to go through with an adoption but one of the Trustors met an untimely death before the adoption could actually take place.

What about posthumously conceived children?

In this day and age of sperm banks a situation can arise where a child is post-humorously conceived. An example would be where a military man goes off to war and loses his life but his wife still wants his child. California law has established a specific set of circumstances that allows these types of children to inherit. Three conditions must be satisfied to allow this to occur. First, the deceased person must have specified in a signed writing that his or her genetic material shall be used for the post she was conception of a child. Second there must have been written notice of the availability of the deceased person’s genetic material for post-humous conception. This notice must be given to a person w
ith the power to control the distribution of the deceased persons property or death benefits within four months of the date of the decedent’s death or entry of a judgment determining the fact of decedent’s death. Third, the conception of a child must be within two years of the deceased person’s death.  So in the example of the military man above, the three conditions would have to be met.  Upon learning of the man’s death, the surviving wife would need to notify within 4 months of the death and conceiver within 2 years.  These types of situations can be complicated and often require legal proceedings to untangle.

Many of situations described above don’t apply to most situations because typically the Trustors do know who their children are and who they do and do not want to benefit any trust document. The biggest unknown is usually grandchildren which may not even be around at the time the trust is created or at the time one or other of the Trustors passed away.  An example would be where the Trustors leave their estate in equal shares to their son and daughter. Then after one of the Trustors passes away, the son passes away from an untimely illness and then somebody comes forward claiming they are the out of wedlock child of the son.  If the trust was carefully drafted to provide for DNA testing or is a trust prohibits inheritance by out of wedlock children in the claim can be determined and the matter settled quickly.  However, without a trust document which carefully specifies these types of circumstances, expensive and protracted litigation can result which will cost the trust and deplete the trust assets which would otherwise go to the named beneficiaries.

A custom drafted trust document which considers all of these possibilities is far cheaper and far more certain than litigation which can occur after the trustors are gone.